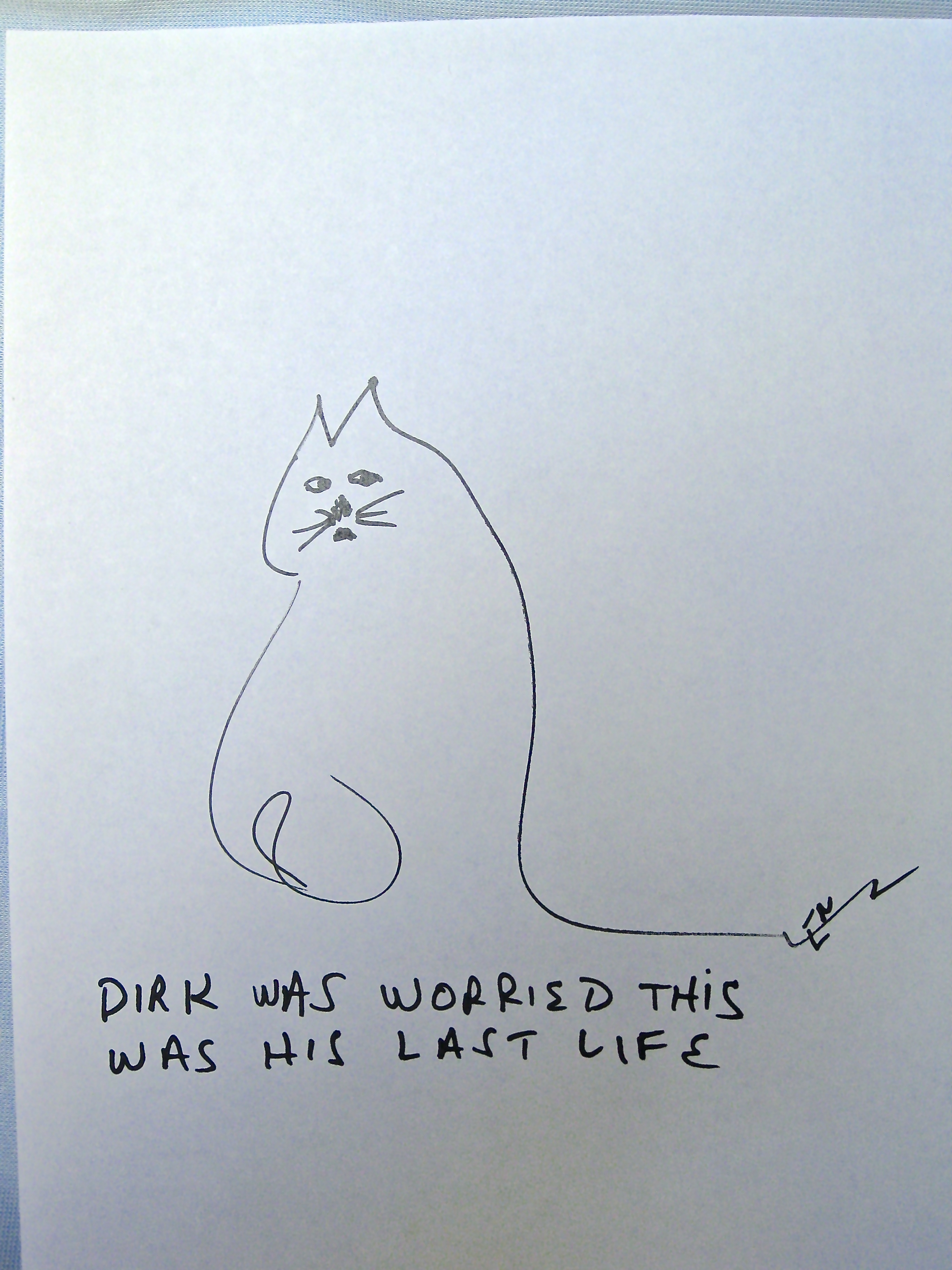 I’ve worn the same wedding ring for almost thirty-four years. Actually, it’s my second wedding ring. In 1995 my wife and I were mugged near the Pasadena Playhouse. We’d gone backstage after the show to see one of the actors, an old friend of mine. When we came out, the streets were deserted. As we walked toward our car, parked quite a ways down a side street, two young men pulled up in a plain sedan and the guy riding shotgun, jumped out and rushed at us, shouting I don’t remember what, but we got the idea; he had an arm outstretched holding a revolver aimed at the terrified two of us.

He took our wallets and jewelry, including Linda’s watch and my wedding ring. As we’d walked toward the car, just before the robbery, I’d been enlightening Linda as to what was good and not-so-good about the play we’d just seen and probably all about the meaning of the whole thing, and so on. My ego had pushed my street-smarts dial to the off position.

A few weeks later, Linda bought me a second ring with the same loving inscription inside.

On Christmas day, about twenty years after that (nine days ago as I write this), Linda and I went out to my ex-wife, Jessica’s house for Christmas dinner. We’ve been doing that for many years.

After most of the guests had finished eating, Linda and I decided to take a little walk. I told Jess we were going to do that. She lives along one of the canals in Venice and suggested we take a flashlight since it was dark and we’d be walking on the sidewalk, next to the canal, and also over a couple of foot bridges. I told her I had my cell phone and that would work just fine for us as a flashlight.

I never took my cell phone out of my pocket.

Coming down from crossing the first bridge, I was walking a couple of yards in front of Linda, feeling well fed and happy, frisky even.

I took a little shortcut from the bridge to the sidewalk that runs along the other side of the canal. I didn’t see that the ground was lower in the gap between the two surfaces. I was shocked and extremely disappointed in myself when I realized I was airborne. I sensed already that my landing was not going to be any fun.

The first part of me to return to earth was just below my right knee, the uppermost part of the tibia. For a landing strip I’d chosen the sharp edge of the sidewalk we were to walk home on. The rest of my body was scattered nearby, half on the sidewalk, half in the weeds and bushes just short of it.

With the help of a sturdy young man passing by I leveraged my way to my feet. I thought—or hoped—I’d be fine, sore as hell, but I was pretty sure I hadn’t broken anything.

Having made our way back down the other side of the canal and over the second bridge, we got back to Jessica’s. Although I expected some bodily payback for my walker’s miscalculation, I was managing so far not to limp. I was pretty embarrassed. We ate some dessert, stayed a little longer making chitchat, said our thanks and goodbye, and drove home to the San Fernando Valley.

Six days later: It’s the day before New Year’s Eve. Almost all of my right leg is a muted purplish color—not pretty, not bright, not a color I would choose to paint a picture. The area of impact is still sore as hell. I am, if I’m honest, whining a little bit or maybe a lot, tired by now of lying in bed with my leg up. The damned thing is taking forever to heal.

I limp out to the kitchen, reach for a loaf of bread in the refrigerator, take out a piece, put it on the counter, and return the loaf to the fridge. Drawing back my left hand, I notice that my ring finger is sans ring. I’ve hardly ever taken my wedding ring off since my wife got that second one for me after the robbery twenty years ago.

I eat my toast and peanut butter, limp back to bed with an ice pack, my mind working, running over where I could have lost the ring. I look in my bed and all around it. In my mind, I carefully review my movements of the last six days. I check out every possibility. I haven’t actually been anywhere. I ask myself if perhaps I’ve made some violent motion that might have accidentally squirted the ring off my finger.

Then I realize where it is. Someone has picked up the ring or else it’s in the bushes.

I call Jessica and tell her, for the first time, that I fell and where. She makes sure she’s got the right coordinates from me and says she’ll call me back.

Fifteen minutes later the phone rings. “How much is it worth to you?” she says. Jessica has a terrific sense of humor. I already figured she’d found it by how quickly she’s called back.

“In a bush. In plain sight. If you were looking for it, you couldn’t miss it.”

We will pick it up next week when I can walk again. I always love imagining I’m getting some big lesson from things that happen in my life. But all I’ve gotten out of this one so far is to look where I’m going.