How many lives does Jack have to blow before getting it right? And is sleeping with Marilyn Monroe worth getting murdered again?

“I was particularly struck by how masterfully the author captured Marilyn Monroe. It’s no easy task to capture such an iconic figure who is now so heavily and elusively cloaked in myth, but I thought Rick Lenz portrayed her so well that I wondered if he’d actually met her. I don’t know if he has or not, but I almost felt I had by reading this book. I also enjoyed the way he placed the reader in LA of the 1950’s—a time still close enough to Hollywood’s golden era that it’s still visible to the naked eye. I felt like I’d traveled back with Jack to a time I’d love to have experienced myself.”
— Martin Turnbull, author of The Garden of Allah novels.

View the video trailer for The Alexandrite “Now Rick steps back into the Hollywood he knows so well with this fascinating show biz exploration of phantom film and buried cinematic treasure, adds some movie stars we all know, and develops a superb tale that could easily become a screenplay! So what makes this diversion into another Rick Lenz winner? Simple. It is his magnetic style of writing, prose that approaches poetry on nearly every page, a story that utilizes Rick’s Hollywood connection, and the fact that the people he creates (or celebrates…) are so well sculpted that should we pass them on the street we would immediately recognize them. That is a talent in which Rick basks.”
— Grady Harp: Top 100 Amazon reviewer 5-star

“Mr. Lenz has himself spent a lifetime in the world of make believe. Having acted in dozens of films, Broadway plays and TV series’, he brought the nuances of his world to life in this book so authentically, that I too became obsessed with finishing the film.”
— Gerry Blanchard: Director 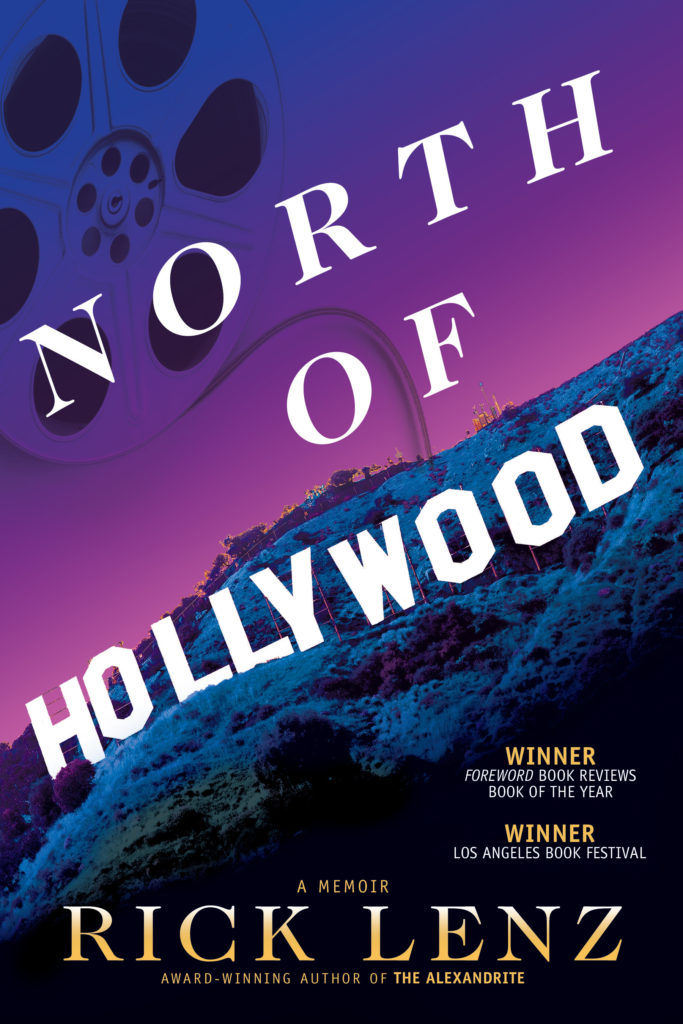 In his forties, after startling good fortune as an actor/playwright (he’s had plays performed in New York and on PBS; played leading roles in films, on television and stage with some of the greatest stars in Hollywood history), Rick Lenz finds it all falling apart. One evening in North Hollywood, standing alone, naked—not only metaphorically—on the stage of a tiny equity waiver theater, it hits him that his career has dropped out of frame and into helpless freefall. North of Hollywood is the story of his rise, fall, and rehabilitation, thanks to the faithful support of one woman.

A Performing Arts Book of the Year — Forward Reviews

“An essential book for anyone who has ever said they want to be an actor and anyone who was lucky enough not to. Compulsively readable!…Perceptive and poignant wisdom…”— Michael Kahn, Director, American Theatre Hall of Fame, OBE, Tony winner, and former Head of Drama at The Julliard School

“I love the book! Insightful, honest, wise, and charming. A wonderful read!
— Bernard Slade, Playwright of Same Time Next Year Click here to watch an interview with Rick Lenz about Richard Boone and John Wayne.